Now that we're officially a family of four humans (those few years with two "fur babies" [holy mother of pearl, how I hate that phrase!] don't count), I sometimes reflect on past stages of then-overwhelming moments, and how those activities are still overwhelming, but on a much different plane.

Parenthetically, there are things that are overwhelming even in retrospect, like the time that The Herpes Cat died in my bathroom (true story). But, that's one for another post (unless I already wrote about it...? What can I say, I'm currently a little overwhelmed by this stage in life).

Some examples of how the overwhelming evolves:

Going outside: When we lived in Italy, I had it in my head that it would be edifying for our cats to explore The Great Outdoors (aka, our patio). However, there were feral farm cats, so to keep them safe, I bought -- and used! -- little harnesses intended for use by the littlest of dogs. Oh, along with dog leashes. (Feel free to roll your eyes. Lord knows I am.) So, on one of the first warm days of spring sunshine, I harnessed up one of the cats (there was hissing involved. The cat wasn't happy either.), made myself a chai tea latte, grabbed a textbook, and opened the doors to go outside. I don't remember the exact details of the next few minutes, but it involved a cat pissed about going outside, me stepping in a puddle from a backed-up drain that I didn't notice, a leash tangled up around my legs, a broken mug, a soggy textbook, and cat prints throughout the house of whatever sort of drain water. Oh, and tears.

Then, we had a baby, who grew into a toddler, who eventually decided he liked playing in the snow. This "playing outside" was a 75 minute evolution, with only 15 of those minutes actually spent outside. There was the finding misplaced snow gear, the "If you don't help Momma put on your [snow pants/boots/coat/hat/mittens/whatever], we can't go outside!!" threats, the putting on the snow gear, and the 7 minutes of re-convincing the toddler that he wanted to go outside. Then, if we were lucky, he'd be entertained for 10-15 minutes before wanting to go back inside for hot chocolate. This started out as a fun treat, towards the beginning of the winter when I was all gung-ho about "making memories." Dumb. What it turned into was 30-40 minutes of mixing hot chocolate mix into a sippy cup ("No! Jack stir!"), explaining 17 times that we were all out of cool whip, adding sprinkles ("No! Jack pour sprinkles!"), spilled hot chocolate, and cleaning up the hot chocolate ("No! Jack wipe-wipe-wipe!"). It was exhausting, and every time someone said anything about going outside, I started hyperventilating -- did Jack hear that word? Was he going to demand (and then un-demand, and then re-demand, etc...) to go outside? Would it be any easier today than it had been for the past month? Spoiler alert, the answers are yes, yes, and no, respectively.

Now, I look back fondly at those snow days (which, living in New England, were really only a couple weeks ago). Much of that routine is still the same, although now that it's a balmy 40* out, there isn't quite the level of gear necessary. Lately, though, there has been the addition of a newly-postpartum momma and a newborn. For example, a couple weeks ago we decided to go for a family walk. We found Jack's monkey "backpack" (read: leash) and put on jackets, only to realize that the baby needed to eat (what can I say? cluster feeding is a bitch). 30 minutes later, we started the process all over, then tried to put the baby in the carrier. It's not really that hard, and she likes it, but it takes a few times to get used to putting it on and plopping her in, and then it takes her a few minutes of bouncing and shushing to calm her back down. Finally, we got outside. It was waaaay colder than I was dressed for. And, of course, being newly post-partum, it was an emotional crisis. We weren't even a block down the road when I asked K for the keys and walked back home. Of course, Jack was crying that I wasn't going to continue on the walk, and I was near-sobbing over ruining a family moment, and internally yelling at myself for not being able to cope with crap (which obviously made sense, since it had been a whole 12 days since pushing a human out of my body). Not gonna lie, that moment is still a little overwhelming to me.

Blog Posts: I started this blog when Jack was only a few months old. It would take me a whole hour to sit, write, proofread, and click "post." But, (as evident by the few posts from that time period) I was hard-pressed to find even that much down time. The thought of putting the baby down for a nap was traumatizing enough -- putting him down for my own selfish project seemed like an action worthy of a call to CPS. Then, I had a toddler. He napped (in his crib!) for a couple hours a day, but I used that time to do things like play games on my phone or mindlessly watch NCIS. When I did sit down to write, he would inevitably wake up and demand my full attention. It took me several sittings to write even one short post. Now: well, let's just say I wrote out a few notes in between feedings and filling sippy cups, and those notes have been sitting in my overpriced, under-utilized planner for about a week. Oh, and I'm also on my 3rd sitting.

Traveling: Jack was around 7 months old the first time I flew with him. And I was terrified. There were lists for each carry on. I bought "necessities" on Amazon and had them sent straight to each set of grandparents' houses. I assembled several "blowout kits," which consisted of wipes, a diaper, a clean sleeper for Jack, and a clean shirt for me -- all in a handy-dandy gallon Ziploc bag. (OK, not gonna lie - that trick was actually brilliant, even if slightly Doomsday-Prepper-ish) I spent hours worrying that he wouldn't sleep, or that people would be mean, or that I would forget how to collapse the stroller and be "that parent" who holds up the line at security for 14 minutes (which actually ended up happening). But, each successive time flying on my own with him, I've longed for those early flights, when he slept the whole way in my arms, didn't demand to share my $12 fruit and cheese plate, and was un-intimidating enough for strangers to offer to hold him while I peed. Now?? There's no way in hell I'll be flying with both kids by myself. In fact, we're planning on flying home within the next few months, and I've wondered if Ken would be willing to fly with the kids by himself and I'd go on a different flight. Ahhh.... that sounds dreamy.

Lastly, Date Night: Before we had kids, dates were kind of the norm. I mean, what do you call it when you can just leave and go out to dinner on a random Tuesday? Isn't that a date? Is it only a date if you go to a nice enough restaurant? Spend over a certain amount of money? Have to make a reservation? Still, we would plan "date nights," which were legitimate events for us. Sometimes, even those date nights required prep. "Ugh," I would think, "I only have an hour to shower, apply makeup, and blow dry my hair.... and what am I going to wear??" After kid number one, things got a little more complicated: I needed a few days' notice to book the sitter. I'd only have 35 minutes to get ready (hello, wet hair thrown into a ponytail!). I'd have to pull an easy meal out of the cupboard/fridge for the babysitter to make. There were details to take care of. Now, it's a whole other level of crazy, mostly because 1) baby girl cluster feeds in the evening, and turns out I'm the sucker that feeds her constantly (no pun intended); 2) I'm so exhausted that I can barely keep my eyes open for an episode of Castle at the end of the day; and 3) I'm not really ready to leave her with anyone yet. (Do candle-lit restaurants have room for a stroller in the dining room?? What about changing tables?? Are people going to judge me for throwing back gin & tonics while nursing the baby??)

So, maybe it's natural for life to just keep getting crazier and crazier, with or without kid(s). Maybe we just take on more stuff until we're overwhelmed with whatever our life looks like? (P.S., I didn't even touch housework, meals/eating, shopping, or just leaving the house.... 'cause baby girl needs to eat, and ain't nobody got time for that.)

But, whatever the "normal" reason for people's increasing chaos, here's ours: 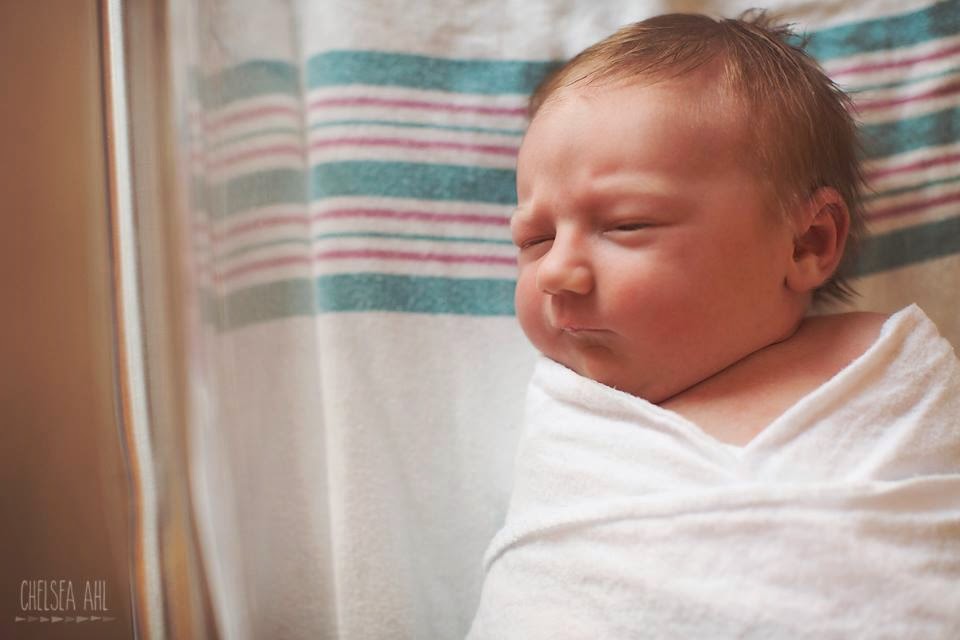