Quick update: We moved! We left Hawaii on July 5th, spent a few weeks back and forth between the grandparents', and landed in New York (the state, not the city… damn.) mid-August. New York was kind of a surprise… we found out 2 1/2 weeks before the movers came that our things wouldn't be going to the house we had already rented in Alexandria, VA. I'm thinking of writing another post about that whole mess entitled, "That's Why They're Called 'Orders.'" 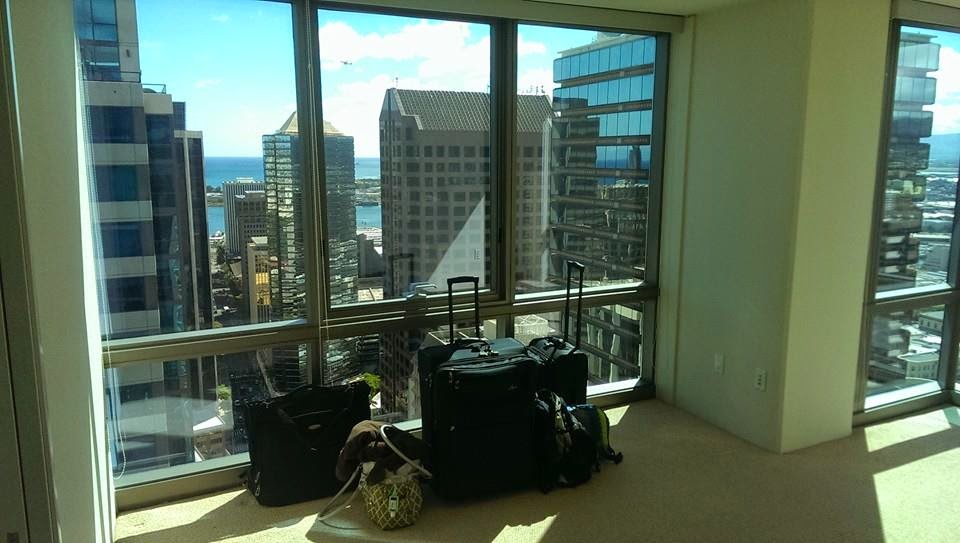 
Anyway, surprise number 2… a few days later we found out that I'm "in the family way," as no one says anymore. I'm a bit into the second trimester now and already have noticed quite a few differences between pregnancy #1 and pregnancy #2. And so, without further ado:

1) The Doctor. With J, I went to see the doctor to confirm I was pregnant about 4 minutes after the clinic opened the morning after I saw those two lines on the EPT, and was panicked when they told me that they didn't need to see me until 9-12 weeks. (What?!?! Don't you people know how important consistent pre-natal care is for the health of the baby?!?! How am I supposed to know what I can and can't drink/eat/breathe/watch/wear?!?! You can't tell me that polyester blends don't harm the baby!!) With this little one, the nausea hit, the fatigue hit, the bloating hit (oh, Lord, did the bloating hit), and having a medical professional assess my hCG levels seemed superfluous. I called our insurance company to see where I should go, and found out that since I wasn't in our service area, they wouldn't really cover an appointment, so I thought, "Meh -- I'm sure things are fine. $300 for a doc to tell me what I already know isn't super necessary. I don't need to be seen until the end of the first trimester anyway…" 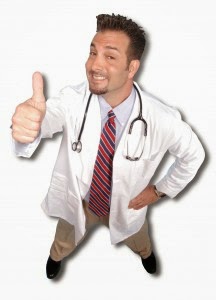 2) The Belly Part I. With J, I was about 20 weeks before my baby-belly could be distinguished from "ugh - I should not have had that third burrito at Taco Bell. Pass the gas-x." This time…. a plumber asked me at the ripe ol' gestational age of 14 weeks how far along I was. Seriously?! Fix the leaky pipe and leave, crazy person. It's comparable to blowing up a balloon for the second time. Basically, it went from conception to, "where are my maternity pants?" Not to mention the belly button. Think of that little plastic guy in the turkey that pops up when it's cooked. And, yes - it is visible through my clothes. Cheers.

3) The Belly II. Along the same lines… the belly thing last time was exhilarating (after the distended bowel look passed, obviously). I was so proud the first time I realized that I couldn't see my toes without bending over, and when I got big enough that strangers knew I was pregnant, it was like Christmas. This time, I feel like a house. I sent a pic to my mom of my belly from my perspective, noting that toes were definitely not visible, and she sent back a very enthusiastic "YAY!!!" and I was like, "ugh. Do you know how difficult it is to be this big?? And I already know I'm going to get bigger!" 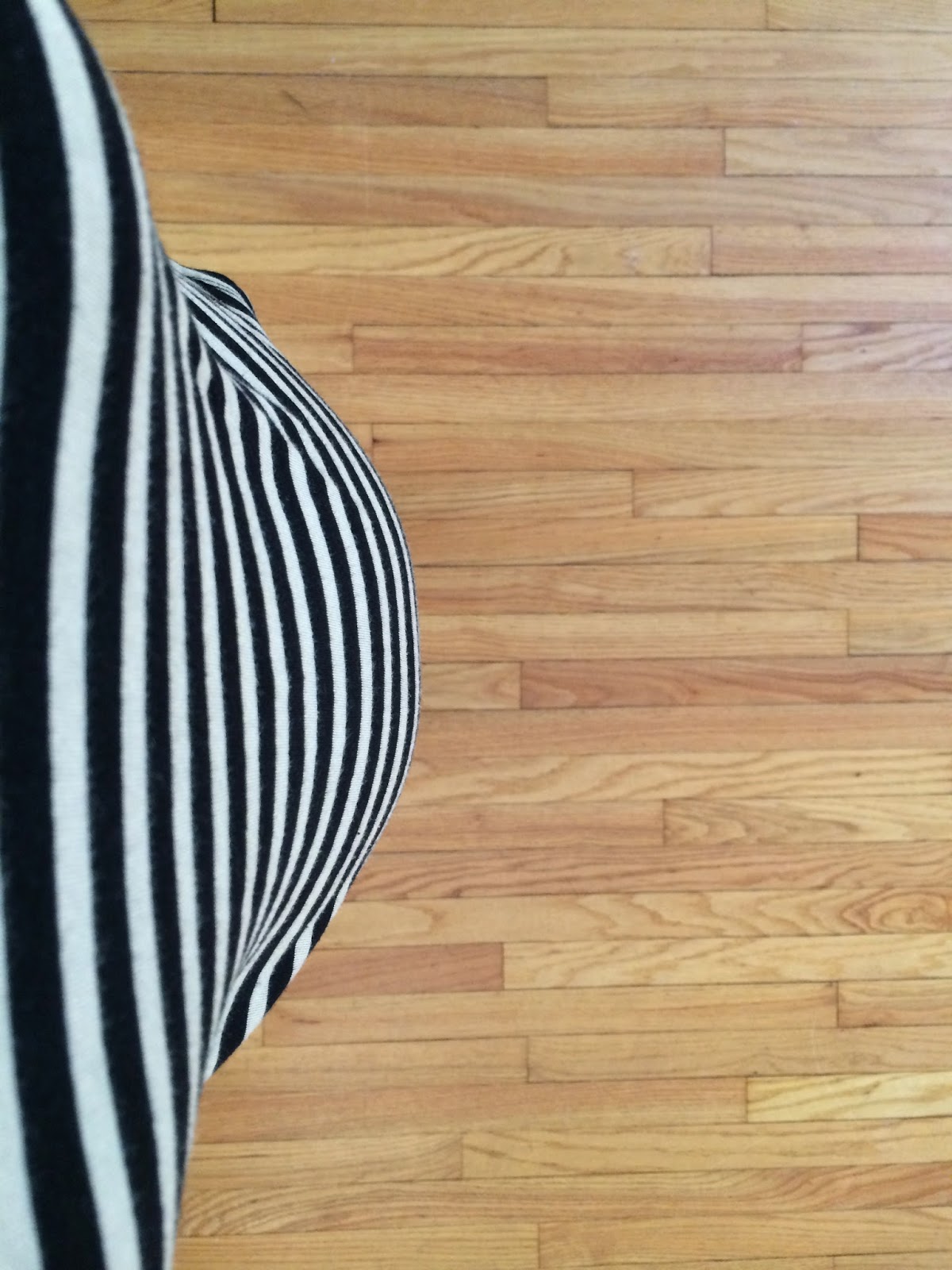 4) The Deets. Funny story: I met a gal recently who is pregnant with her first. I asked her how far along she is, and she replied, without the slightest hesitation, "22 weeks on Thursday." A few minutes later, she asked me the same thing, and I couldn't remember. "Uh… 16? Maybe 17? Definitely second trimester... Let me check my app…." People that know me well might say, "yeah - but she can't keep track of anything anyway." But, with J, I absolutely did. I knew exactly how many days/weeks I was - for the whole 39 weeks. I knew which things were developing which week, was giddy when I found out he was growing that fuzzy stuff (which I definitely knew the name of -- lunago? Spell check seems to think that's incorrect), and almost cried when he started blinking his eyes. This time, I'm lost. I know I'm pregnant. I know when I'm due. I know that the nausea and fatigue are making way for the hippo-like appetite and fatigue. Beyond that…. did you know that The Bump has an app that tracks it??

5) The Fatigue. This time, I have a toddler to chase. Last time, I curled up on the couch in K's sweats and watched NCIS for 9 months. I basically "cooked" from the freezer and pre-made sections at Costco. This time, I have to make sure my toddler isn't doing things like grabbing a dirty mixing spoon off the counter and using it to stir the tupperware full of flour (true story).  I have to actually cook decent meals. I can't watch crime shows all day, due to the paralyzing fear that my child would grow up to be a psychopath. He needs things during the day: new diapers, food, milk, attention, etc. Tack on the mommy guilt from a fatigue-fueled lack of patience and the number of times I just fork over the popsicles (they're fruit based!!), and I basically spend all day thinking about how soon is too soon to change out of my maternity yoga pants, and back into those heavenly Navy PT sweats. 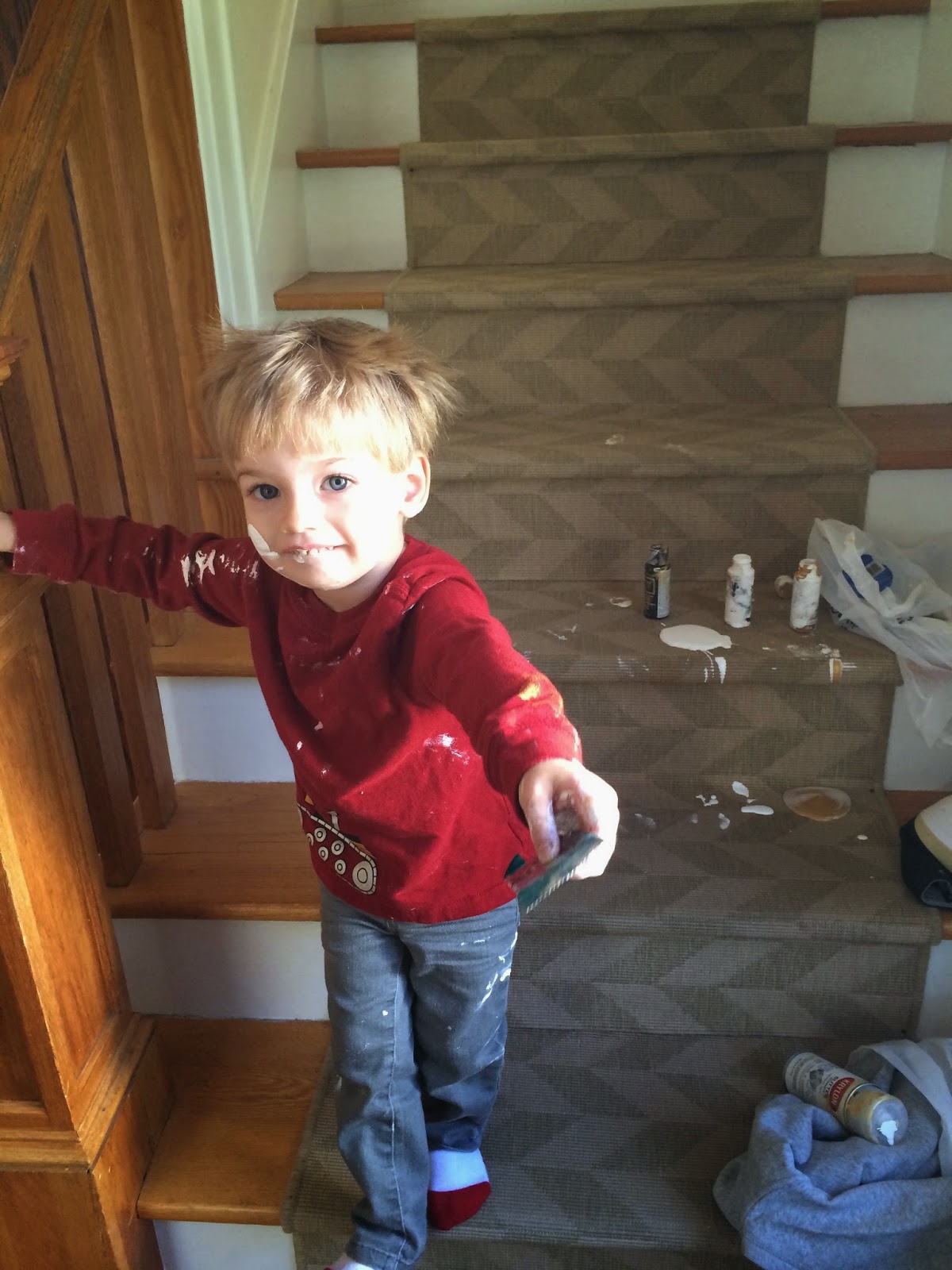 (Yes. Those are brand new bottles of acrylic paint… And, yes, we did have to replace the carpet.)

The biggest difference, though, is the huge difference in the intensity of emotion. With J, sure, I was excited to meet the little and nervous that I'd never sleep again. With this one… I almost know what I'm getting into -- which is at the same time even more terrifying (ugh - nursing pads. 3 am feedings. baby brain. blowouts. eau d'spit up.), and makes me even giddier (first giggles! baby smell! watching a personality develop!). 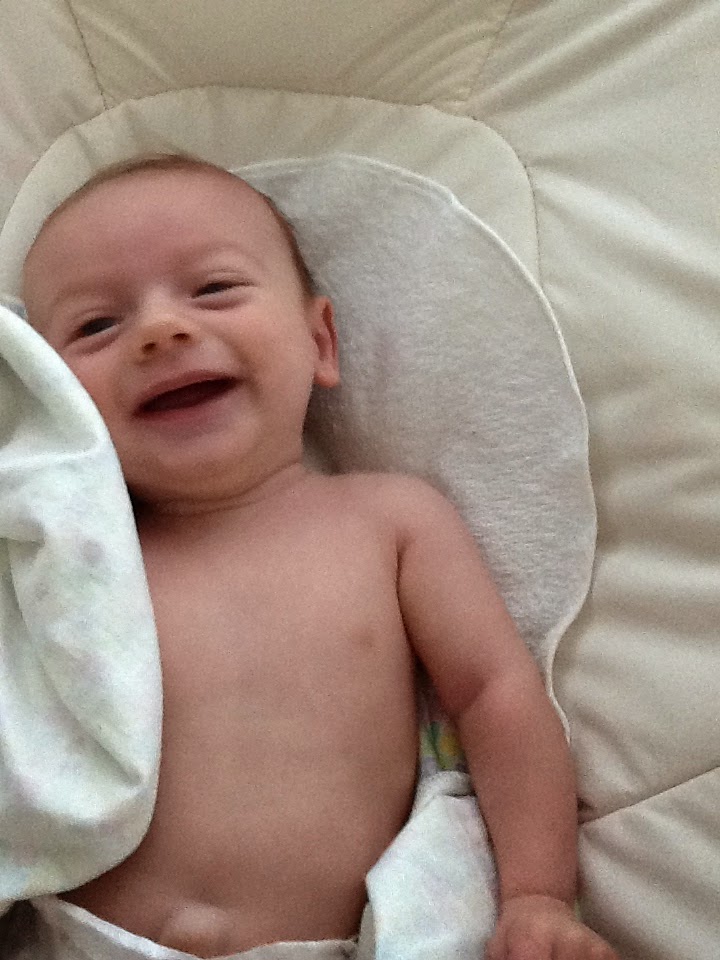 (tl;dr: Mostly, I'm a huge slacker and, if the pregnancy so far is indicative of the way that we parent this little, [s]he's basically screwed. Oh, and required mushy "thankfulness" crap.)

(edit to clarify: I'm partway into the second trimester, not semester. At least I didn't go all Legally Blonde, winter "ovester," amirite??)
Posted by Jessica at 5:22 AM